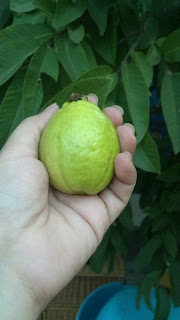 When I first found out about Monsanto and its master plan to control world production of food, it scared the hell out of me. You see Im not religious at all, as far as organized religion goes. That however does not mean I do not read, I've read the Bible, I'd say more then some so called religious folks.

And when I think of Revelations, the so called mark of the beast and the current state of world, well, it gets me to thinking. More so with multinational corporations and governments meeting secretly and planning the future of the world.

I think of Monsanto's Terminator seed, that is a seed which has not been genetically modified can be saved and grown next season, however, Monsanto's Terminator seed, GMO's seeds, terminate after a few months of storing them, so farmers cannot save and plant them next season. Farmers are then forced to purchase seeds from Monsanto every year. Total control. Can you tell me what you would do to feed your children? Total control. 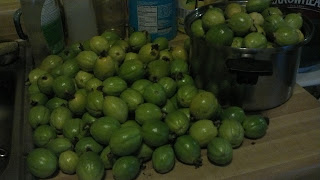 Then you have monsanto modifying seeds to produce goods that dont have seeds. For example seedless watermelons, seedless grapes, seedless tomatoes, seedless ....and the list goes on. Sure its convenient to eat a seedless grape or watermelon, but have you thought what will happen when we wanted to grow our own food. One day it might be too late for us to do anything about it. 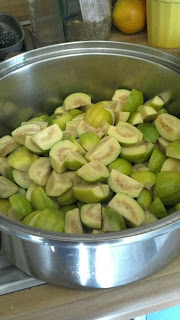 Further, when farmers use GMO seeds they must use Round Up a pesticide to kill weeds, once the farmer uses Round Up on his land he will never, well maybe not never, but surely it will take the land a long while to restore it self. What happens is that the Round Up is so strong that if a farmer plants anything else that is not GMO seeds it will die after only growing one or two feet. That is the  whole crop production will die, because it is not Round Up resistant as GMO seeds are.

The point of this post was me sharing how we have planted over 12 fruit trees at my moms home and here are some pictures of our Guava tree and how we learned how to can them to keep in our emergency food supply. 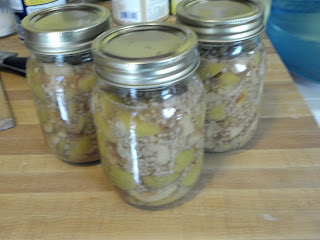