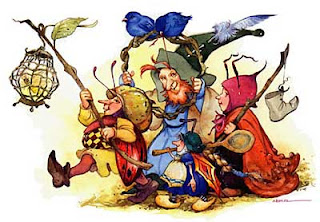 It wasn't until I was open to the idea of Duendes (elf's) that I began to pay attention.

My mothers home has always had activity in one way or another. My mom's roommate in particular was born with a special gift. He is extremely sensitive to other dimensions.

One day I made mention how I had noticed things going missing. I would go crazy looking for things. Random thinks like a book, keys, money or debit cards. He told me about duendes and how he had seen them running around the house, a shadow about two feet tall. I thought, you have to be kidding.

But then I really began to pay attention and notice things would go missing right in front of you. My mother would had me my debit card, I would put it in my pocket and by the time I got home it was gone. I would go crazy looking for it, I would accuse my mom of never giving it to me. Then out of no where two weeks later my mom finds it in the sofa.

Ive gone over to pick up my kids and in five minutes my keys are gone. We go crazy looking for them they show up a few days later in the most common of places. This only happens in her house and it happens to her and her roommate on a daily bases and it happens to me almost every time I step into that house.

It is said that duendes are the biggest pranksters that ever existed. They take things from you just to see you stress out about it, they think its hilarious. To a peace Duendes you must leave them candy and toys as they love to play and eat candy.